The designer of Taj Mahal was a Persian or a Frenchman.  The Taj Mahal compound is supposed to have been completed in its entirety in 1653 at a cost likely at the time to be around 32 million rupees; the amount would be 52.8 billion rupees (US$827 million). In 2015.

The main building built in 1648 but it took more five years to complete the surrounding architecture. It becomes the world’s most photographed building in the world. UNESCO designated Taj Mahal as a world heritage in 1983.

Photographer from all over the world come here to take some amazing photo and see the symbol of love. 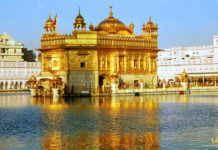 10 Best Places to Visit in Sylhet

Top 10 Things to Do In Saigon, Vietnam